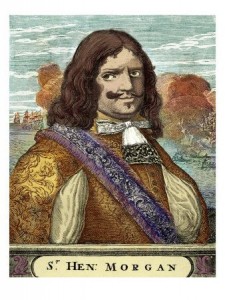 The Buccaneer’s Code as recorded by Alexandre Exquemelin, ship’s surgeon for Capt. Henry Morgan, circa 1674.  Pay particular attention to the health care coverage in Article III –

I. The fund of all payments under the articles is the stock of what is gotten by the expedition, following the same law as other pirates, that is, No prey, no pay.

IV. Shares of booty are provided as follows: “the Captain, or chief Commander, is allotted five or six portions to what the ordinary seamen have ; the Master’s Mate only two ; and Officers proportionate to their employment. After whom they draw equal parts from the highest even to the lowest mariner, the boys not being omitted. For even these draw half a share, by reason that, when they happen to take a better vessel than their own, it is the duty of the boys to set fire to the ship or boat wherein they are, and then retire to the prize which they have taken.”

V. “In the prizes they take, it is severely prohibited to every one to usurp anything, in particular to themselves. . . . Yea, they make a solemn oath to each other not to abscond, or conceal the least thing they find amongst the prey. If afterwards any one is found unfaithful, who has contravened the said oath, immediately he is separated and turned out of the society.”